Generally, communication is one of the important things that humans needed. Much information can be extracted through a website or internet with mostly in natural language. The most issues when getting that information are ambiguous, messy words, or informal grammar.

Natural Language Processing (NLP) is one of AI that focuses on the human natural languages in order to read, understand, or extract the meaning of it.

Natural language is a language that generally used by humans for communication. Differently with the computer that has to process before understanding it.

By definition, natural language is one form message that allows communicators (sender) to communicate to communicants (receiver) through a media (like sound or text). NLP can be interpreted as a parser sentence that reads the sentence, word by word, and determined the next type of the word.

There are several areas of interest in developing,

QAS gives the ability to answer questions that the user gave. Instead of searching in the search engine by keyword, the user can directly ask in natural languages.

As the named, making a summary of a set of content. The application can help users convert large text documents into smaller forms without removing important information.

As we know it can make the machine understand humans language then translate it into another language. For example Google Translate.

This field is a branch of NLP that quietly difficult. Well, some models for telephone or computer uses already a lot.

This is mostly used nowadays. The application can determine the inputted documents in the system to where should the document placed. We can meet it in spam filtering, news article classification, or even book reviews.

Finite State Automata (FSA) is a model of a collection of states in a given time. Let us make clear with the example. We know that nouns in English generally can be divided into two types; regular and irregular. Each of them can be a single or plural term. For each of the changes, we can make it as FSA: 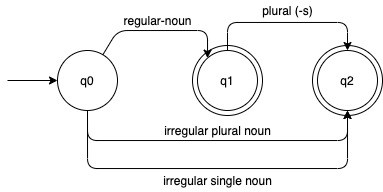 Single arrow in the left determined an initial state. In this case, the state are q0, q1, and q2. The double circle is known as the final state. From that, we can conclude that noun can be:

Let us take one example more. This is one of the adjective’s FSA:

The epsilon (ε) means an empty string, nothing to input, or we can just skip it. From that FSA, we can conclude that adjective:

Make it clear with the word:

Syntax explains the form of the language. The syntax can be specified by the grammar. It exceeds formal language in AI logic or computer program.

Semantics explains the meaning of the sentence. In building the NLP system for the application, it may use simple semantics representation.

Pragmatics explains the relationship or context not only in that sentence but also between the statement in the environment like the world, or purpose of the speaker. 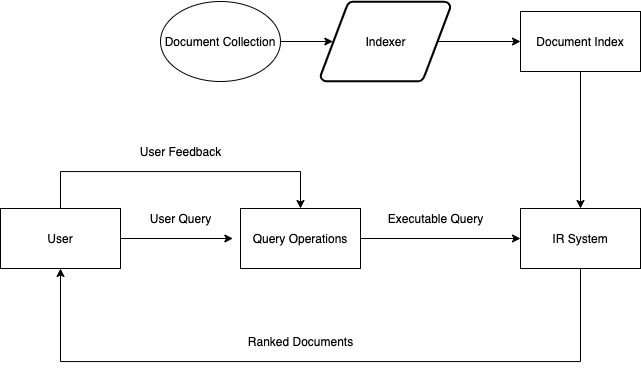 Morphological Analysis is the process that analyses individual word and token nonword like punctuation split from that word.

Say we have this sentence,

We can use morphological analysis to that sentence,

The syntactic analysis uses the result from the morphological analysis for struct a description of the sentence. The final result is parsing. Parsing is a process to convert a list of words to the struct unit form.

General way to grammar representation is a sequence of the production rules. For example, “Sentence includes a noun phrase followed by the verb phrase”.

If we have a sentence like “Ilham viewed the file”, Parse Tree can be: 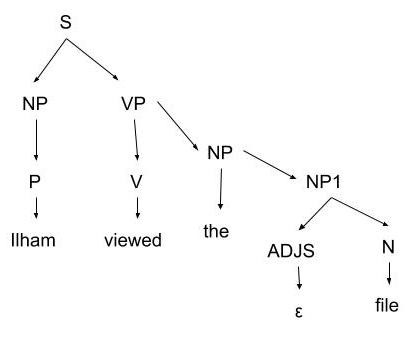 Stemming is a process that reduces variation that represented a word. The risk is the loss of certain information of stemmed words or decreases the accuracy. On the other side, stemming increases the ability to do recall.

The purpose of stemming is to increase performance and reduce uses of resources from the system with decreases count of the unique words. So in general, stemming algorithms do some transformation from word to standard morphology (known as stem).

Normalization is to identifying dan remove prefix or suffix from the word. So, lemma means a base form that has a certain meaning in the dictionary.

“The boy’s cars are different colors”

Stemming and lemmatization have different algorithms for different languages.

There are many things that are not covered in this article. But hopefully, this article can make a little bit of understanding the basics theories of NLP.

This article is repost from my Medium Article